On Dating While Undocumented: Every Side

I was made privy to this entry for the Dating While Undocumented series on the My Undocumented Life Blog. The essay was penned by my cousin. 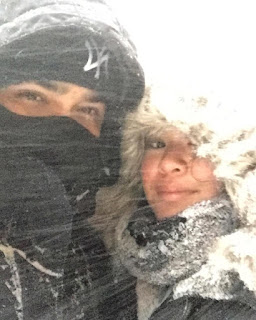 I remember the first time I knew I loved my boyfriend. I had just kicked my foot hard onto the breaks of my car to avoid slamming into a small sedan that had cut me off. With equal force I punched the horn and shouted something I’d never say to that person’s face. Quickly remembering that the man I had been dating for less than three months was sitting next to me, I glanced over and shrugged with a weak smile. “I have a bad temper when I get stressed out,” I offered meekly.
His lips were flat but his eyes were bright and amused. I have always loved how expressive his eyes are. After starring at me for what felt like forever, he laughed and said “If that’s who you are, that’s OK. I want to know every side of you.”

It wasn’t love in the way I feel it now, almost five years later, but it was a signal to me that he wanted to truly know me and the realization that I felt the same. Looking back, his immigration status was something I knew all along. He barely spoke English when we first met. Luckily, a few months earlier I decided to start preparing for my upcoming semester abroad in Madrid by brushing up on my Spanish. Timing really is everything.

Over the next few months and years his status would become more and more a topic of our conversations: realizations of his troubled childhood growing up in civil war-torn El Salvador; daydreams of his ideal job if he didn’t have to bus tables; frustrations over not being able to travel together; concerns over health care costs outweighing concerns about his aches and pains; fights over his fear of going out with my friends just in case something happened and the police showed up. Through it all he never pressured me to get married for a quick fix, as my relatives initially feared he would. He always insisted that he didn’t want me to make his problems my own, but I knew fairly quickly that I was in this for the long haul.


Being with him has opened my eyes to the many exterior, societal pressures you feel when you choose a partner who is undocumented. I feel the day-to-day anxiety over his safety and the possibility of our separation. I field constant questions (from others and myself) about his job security, how much money he makes, his age, how strong I can be for him, what would happen if he was forced to leave, and how all those factors will shape our future life.

But these are questions that every couple should tackle -- about both partners in the relationship. I’m happy that my boyfriend’s status has pushed these topics to the forefront of our relationship because it has made us face them, challenge them, and feel more secure. There has not been a single day over the last few years where I have felt unsure of his character or our compatibility. And over time, even with the language barrier, my family and friends have come to realize the truth I’ve known all along: that despite his status, he is the kindest, silliest, strongest, most selfless and forgiving person I know. And if this is who he is, that’s OK. I want to love every side of him. 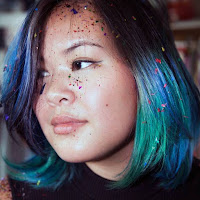 Danielle is an ally to the undocumented community based in New York City. She graduated from Syracuse University with a degree in journalism and is now a social media editor for a digital news organization where she doesn't get a chance to write much outside of Tweets and strategy documents. Follow her on Twitter: @danielleodiamar