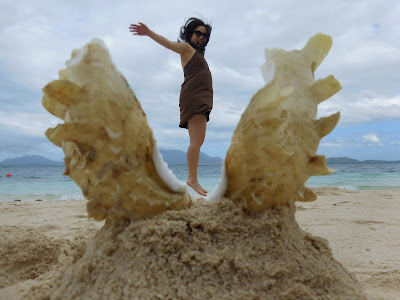 I have been literally running around writing this particular post about my trip to the Philippines. I did the tourist thing with my Gemini twin. I did the history thing since my other relatives were kind enough to take me. I ran my first 25k trail race last weekend. This has also been a crazy ass election season. I have been addicted to political news. So danced around this post, my trigger point.

I knew I would not come back the same person. It was a culmination of my work as a writer and immigrant rights advocate. After the years of self-loathing, self-doubt, and finally self-repair, I made the connection with my family. At first it felt transactional. Then it became something I did not think I could make after 30 years.

The first time I wanted to go my son was too little. I thought it was him that needed me but it was the other way around. It was the longest I had ever been away from him.

So the morning after my sightseeing adventures I slept in. Later in the morning, my cousin whom I had never met beyond social media picked me up. I went to lunch with him and his girlfriend. Despite never having met before, we didn’t act like it.  We had churros (like I needed to be introduced to donuts in stick form) dipped in chocolate with coffee afterwards.
The they took me to visit the interment sites of my uncle at Libingan ng manga Bayani, translation Heroe’s Cemetery. In my youth, I didn’t understand why my uncle had a gun. I learned that he was a policeman in the narcotics division. Filipino soldiers from WWII were also laid to rest there. My cousin walked around a bit before we found my uncle. His grave was a simple white cross with his name etched in black. The black was fading. We left him flowers. 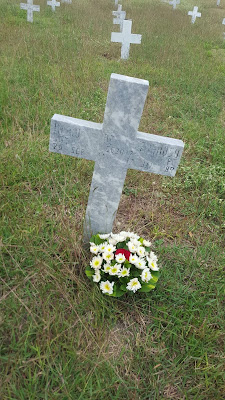 Our next stop were the graves of my grandmother and my aunt. Their graves were better maintained. I knelt down and touched their names.

One of the hardships of an undocumented life is the inability to return home when your relatives pass. Upon leaving the country, we would not have been able to return. Actually, we would be banned for 10 years. Those moments at their graves were decades late. Me being me, I didn’t have an emotional response. Instead I observed a mangy cat meowing at us.  I enjoyed the overcast sky and the mild weather. My uncle met us there with his daughter. 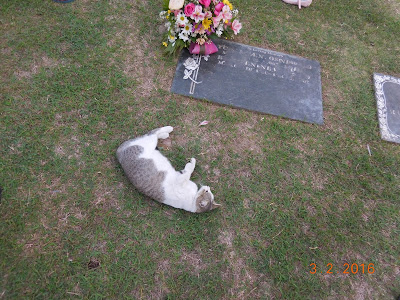 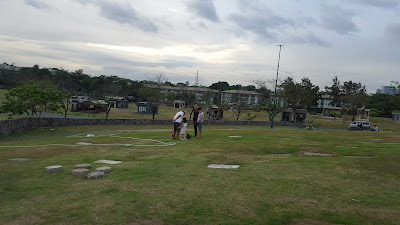 After seeing their graves, my cousin to me to our Alma Mater, Colegio San Augustin. He finished high school there, I finished 1st grade. It was surreal to be back there, to see the chapel. A VW bus drove through Das Marinas village, every day to take me there.  At the time, I was just a little older than my son. It seemed so large back then. I had no idea I wouldn’t go back. I thought I would grow to be like the cool high school girls that played volleyball. I didn’t know how differently my path would diverge. It was wonderful to come back. 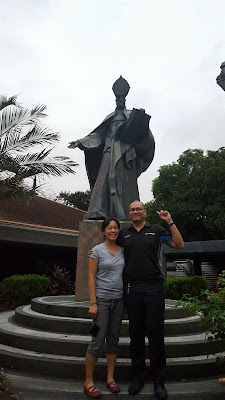 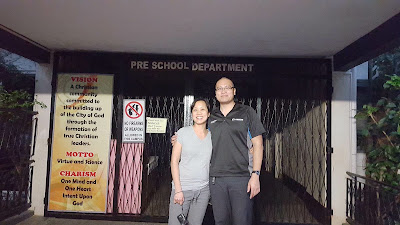 Later that night we had dinner at a Chinese place (much lighter than lunch). Then we went out for drinks. I saw another cousin I hadn’t seen in 30 years. We didn’t stay in touch when we left. When social media re-connected us, she felt like a stranger. When I saw her again, it was a visceral shift. I wasn’t going through the motions anymore.  It felt like I had come home. She filled in the holes in my memories. Like the agreeing to live out our futures with my Gemini Twin, seeing her again was feeling the presence of an older sister. I felt protected.

I never let myself cry being there until that night. It was a delicious state of  drunk with my cousins. We talked about everything.

My undocumented brothers and sisters should be afforded what I had experienced. People shouldn’t have to wait so long to come home.

I spent the rest of the week in the city with the family. I ran a little bit and tried to maintain some semblance of my old routine. I had some me time.

I was severely jet lagged when I returned. It took me more than a week to get back to normal. I probably ate something I shouldn't have. Actually, I ate a lot of things out of the norm. I certainly didn't take heed of the water because my rationale was I use to live there. Well, I hadn't lived there in 30 years. Time makes a difference. My insides eventually forgave me. 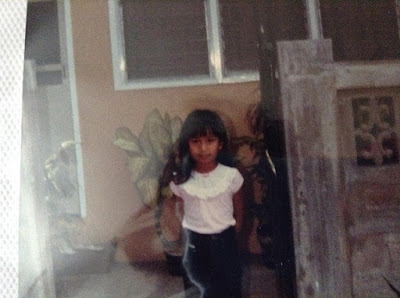 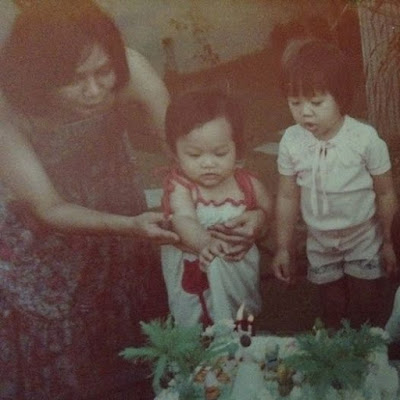 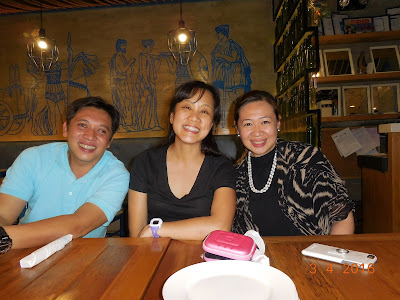