The reclamation of my Filipino identity has naturally led me to Jose Rizal and his works. I have completed his two novels, Noli Me Tangere (Touch Me Not) and El Filibusterismo. The words Noli Me Tangere (Touch Me Not) comes from the Latin version of words spoken, according to John 20:17 (King James Version), by Jesus to Mary Magdalene when she recognized him after his resurrection. He said “Touch me not; for I am not yet ascended to my Father.” Historians have also noted that the title is a reference to cancer of the eyelids as Jose Rizal was also an ophthalmologist. 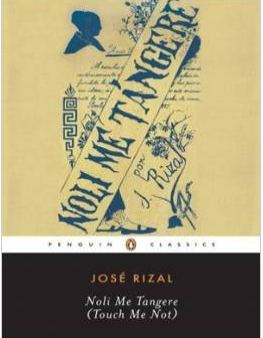 The novel opens with a letter of a patriot to his country. It is an awareness that something has gone wrong with the health of the nation. The patriot viewed it as a cancer and that in his writing, he would attempt to “lift the veil hiding your ills, and sacrifice everything to truth, even my own pride, since, as your son, I, too, suffer your defects and shortcomings.”


The main character, Crisóstomo Ibarra is much like its author having spent some time in Europe to be educated and then returns home to the Philippines. His hope is to reunite with his childhood sweetheart María Clara and get to know his country again. The first chapter is a dinner party thrown by a family friend Captain Tiago, Maria Clara’s father, attended by the upper echelons of the town which includes Dominican and Franciscan friars described by Dr. Rizal as “…the parasites, spongers, and freeloaders that God, in his infinite goodness, has so lovingly multiplied in Manila.” The party reads as if acted on stage where each character is posturing as something other than the truth.


The novel progresses with what seems like the veil lifting from Ibarra’s eyes as his idealism is corrupted by loss. First it was finding out the circumstances of his father, Don Rafael’s death. Ibarra’s father was accused of heresy and then after a series of other events is imprisoned. Don Rafael dies in prison and his body is eventually exhumed and then thrown in a lake. While Ibarra performs extraordinary acts of beneficence, like building a school, his intent grows darker with vengeance towards the priest that rendered Don Rafael’s fate.


In addition to this story, Dr. Rizal includes snippets of the lives surrounding Ibarra where the absurdity and abuses of the clergy and those in power are evident. The most important vignette is the intersection of Ibarra and a man named Elias. At some point Elias forebodes that “Without freedom there is no light…You don’t see the preparations for struggle, you don’t see the cloud on the horizon. Combat begins in the sphere of ideas, to descend into the arena, which will be colored with blood”.  In the end, their fates are intertwined and the reader becomes uncertain which man is the fugitive and which is the patriot. 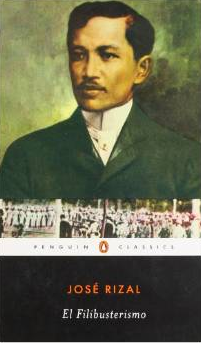 The story is continued in El Filibusterismo but 13 years into the future. Dr. Rizal himself in writing to a friend described the word and any person named a Filibustero (or subversive) as a “dangerous patriot who will soon be on the gallows…” The word is often used through the novel when characters were overheard maligning the clergy.  Unlike the “Noli”, there is a darkness that has fallen on the author. He is no longer hopeful that his country might be cleansed of its sickness. The “Fili” opens with marked anger at the injustice committed to 3 priests, none of European decent, to whom Dr. Rizal dedicates the novel. Here the ills of the Philippines are no longer perceived as “cancer” but an all pervasive evil that one must struggle against, even if blood is shed. This notion is carried forward by a Simoun, the most enigmatic character in the Fili. He is a “tall, lean, wiry man, very brown, who dressed like an Englishman and wore a tinsin hat. His long, pure – white hair attracted one’s attention, especially in contrast to his thin, black beard, which marked him as a mestizo. To avoid sunlight, he wore enormous blue sunglasses made of wicker, which completely hid his eyes and part of his cheeks and that made him look a bit blind or even ill”.  This seems to  me that the once patriot, Ibarra that described  the country’s ills as a cancer now appears hiding his eyes,  like he himself  is the unsuspecting cell that will wreak havoc on the body politic into which he is introduced. Simoun’s plot is somewhat revealed in conversation with Basilio, also a character in the Noli. In the Fili, Basilio is a medical student and the only one who recognizes Simoun‘s true identity when he can finally see his eyes.


The other plot that Rizal outlines is the plight of Filipino college students. Rizal writes scenes in which the students in a college physics class are made to recite text from a book in Castilian. The students are then ridiculed by the instructor because the recitation in Castilian is less than perfect. Here the Filipino students sought to have a Castilian academy so they could learn the language and be truly educated rather than regurgitate from a book in a foreign tongue.  The friars, of course, are against the students learning Castilian in order to maintain their power. The students are ultimately labeled as filibusteros and arrested. The charges against them do not hold except against Basilio who had no advocates. He is eventually released with the help of Simoun but not after the darkness has taken hold and he is pulled into Simoun’s plot.


In the end, it is a friend of Basilio that saves everyone.  While wounded and waiting for capture, Simoun accepts that his fate was not the act of a God that had forsaken him but of a God that favored a greater good. Simoun's friend also talked of justice achieved by a revolution out of a love for country and not a revolution started under false pretenses, which Simoun also accepts.


In reading the introduction of El Filibisterismo the translator describes being a being affected the ghost of José Rizal. He discovered Rizal by accident and then sought out his works and his life story. The reader should note that Rizal had an affluent family that was able to afford him an education and the means to travel the world.  This opportunity gave him access to literature, knowledge of Castilian, in which the two novels were written, and lastly a medical degree that allowed him to practice ophthalmology when he returned to the Philippines.


In reading both novels as a whole, Rizal’s ghost has affected me in ways I did not expect. I thought the text was stained with the blood of Indios. These innocents could barely fight their European oppressors because of their poverty, level of education and color of their skin.  In a dialogue between a friar and his man servant, it was the servant that articulated the need for those that were men before Spaniards to favor justice over the hypocrisy that has plagued the Philippines. He said that he preferred “to be overwhelmed by the crushed rights of humanity than to allow the triumph of the selfish interests of a nation, even though it might be, or is, Spain.”


I feel compelled more than ever to partake in something that I have sat and watched for a few years now, comfortable in my anonymity. It seems unfair that the burden of injustice should continue to fall on the less privileged and those whom President Obama refers to as the “DREAM Act Kids” with no country.  I thought that maybe learning about Philippine history and literature would serve to fill the gaps in my identity. I was hoping after all this time that I would finally have a country. I am honestly not there yet. What I did get out of it was an awareness that even in a different time and space that I have always descended from those that were persecuted for their brown skin. Actually, I am a mixture of Indio and Chinese, still a bastard among Filipinos.  My grandfather’s family emigrated China in the early 1900s. He changed his name so that he and my grandmother could own a business in Manila. In those days, Chinese were not allowed to operate businesses if they were “too” Chinese. What my bastard middle name gets me is the inability to trace my grandfather’s line. Our migration from the Philippines to the United States turned us into English speaking Indios onto whom economic violence was rendered by a different kind of coloniality.  Alas, as much as I lay claim to the blood of the Indios, I can also lay claim to the blood of the revolutionaries that came after Dr. Rizal.  I must admit that Rizal’s imprint on these novels is urging me to “come out” and be truly among the undocumented freedom fighters. He also warned me, in his execution by the colonial powers, what the risk any filibustero takes in speaking out against injustice. I’d be risking my professional career. I’m not sure what they would do knowing they have employed someone un-employable. Not to mention the stigma. I’d also be making the jump from blogger to activist at the chagrin of my husband, private in nature. The one benefit is maybe I’d stop ranting to friends (or anyone that might listen) about immigration policy or the lack thereof. Instead, I’d be a target. As a filibustero, ICE might come for me in the dead of night as they have for the more outspoken members of my community. They might take me away from my American son, just a toddler. I'm not sure having legalized would help me. Just today I signed another petition in an attempt to delay a deportation of an already legalized individual for a minor offense. My fate would be as unknown as the future of our nation. 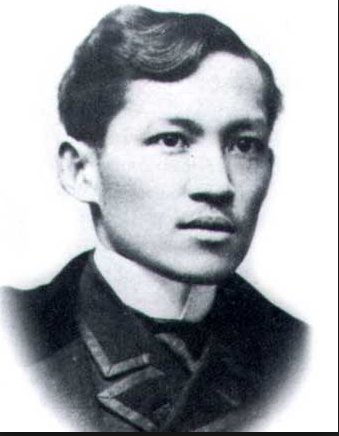