Prince Lestat continues the story of the red haired twins, Maharet and Mekare. It was exquisite.

This story picks up from when Mekare fulfilled an ancient curse. Vengeance was exacted from a deranged Queen. As she lay dying, the twins consumed her heart and brain. They honored their dead with this act but they didn’t do it for Akasha out of love. Inside her was the spirit that animated the immortals. The Twins meant to continue that legacy.

In this story, the mindless spirit that consumed in the form of a vampire’s blood lust was no longer unconscious. The novel begins with unexplained burnings. Then it becomes the madness of the ancients.

Secrets are revealed in the course of this story. First, the Talamasca was founded by a supernatural being.  Once, Pandora beheld a spirit in her travels. Instead of turning from it in fear she said, “If you would have fleshy life, human life, hard life which can move through time and space, then fight of it. If you would have human philosophy, then struggle and make yourself wise, so that nothing can hurt you ever. Wisdom is strength. Collect yourself, whatever you are, into something with a purpose”. Gremt did as asked and the Talamasca became the guardians of history.

Among the spirits is Magnus who made Lestat. In the Vampire Lestat, Magnus is an old and deformed. In this story, he is youthful and perfect as he wishes to be. The spirit asks for forgiveness for having brought Lestat into the blood and abandoning him. It is a moment every child hopes for as she comes into her own, having had an imperfect childhood. It was a moment that a parent acknowledges despite their absence, that she has become more than the parent could have imagined. Magnus tells his fledgling with much pride that he “burned bright”.  Lestat was all too willing to leave his past for a more precious future with the spirit of Magnus in it.

All the while, the story of the twins continues. Maharet, once the living Queen of the blood drinkers withdraws from her mortal and immortal family. She knows the Voice driving the others to madness is coming from her twin. She withdraws further into the Amazon jungle, to protect her sister and the others. I read the story of her unraveling and eventually her demise but it wasn’t the end she chose.

Maharet had thought to throw herself and Mekare into a volcano. It would have been the only way to end their lives. It would have annihilated the voice but also their vampire race. Only a Queen could have borne such a conflict. The story didn’t continue as the great Maharet would have done.

It is Lestat that has to bear the burden of this choice. It was an unintended consequence that his writing and rock star antics united the immortals. But our hero is not without the abilities for such a task. We meet Victor, Lestat’s biological son. It is love drives that drives Lestat to seek and destroy anyone who may do Viktor harm. The same virtue also allows Lestat the capacity to forgive for the greater good.  We are witness to his foresight to comprehend the once unconscious Voice. Finally, like any great ruler, he willed for his tribe to be in harmony with the world. They were creatures of God and not an abomination. Prince Lestat is a beautiful and profound story.

Twenty years ago I use to call Anne Rice’s number in New Orleans and leave her messages (I told you I was a groupie). She allowed this for her fans. Upon reading this novel, I am reminded of why I did those things. Ms. Rice is still schooling this writer on the vastness of her imagination. All hail Prince Lestat! 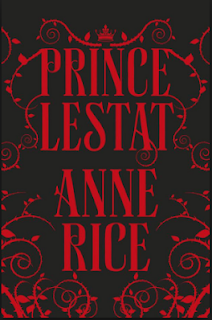 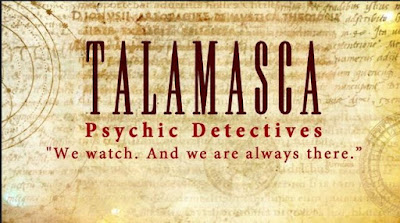