We ventured out a handful of times during our stay at Ft. Meyers. After some play time at the beach on our first night, we picked a place called Yucatan on Old St. Carlos Blvd. 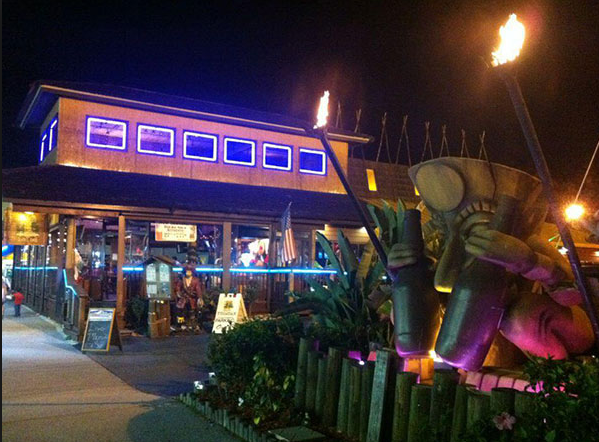 It had a neat store front and ambiance. It was standard bar fare and there were fish and sharks all over the walls, which we enjoyed. My little guy had the sliders and his fries were awesome. My buffalo chicken sandwich was maybe a little over cooked so it was hard to eat as a sandwich. The hubs had their chicken quesadillas which I enjoyed much more than my own order. The portions were huge so we brought home quite a bit of it. Our table was right near the door near the window in the open air. We had a super nice waitress that was attentive to us despite the size of the place. Our order was also brought out relatively quickly. It was a really nice evening and on our way home there were a couple of pirates tossing some glow in the dark toys in the air. Who doesn’t love a couple of pirates? My little man and I start walking home sooner than the hubs since it was getting late and close to bedtime.

The other establishment was a place called Dixie Fish Co. recommended by the first mate on our dolphin tour.  She said the locals really enjoyed it as it was off the beaten path right on fisherman’s wharf.  I have to say that we really enjoyed this place. We had to get in the car to get there but it was worth it! We all had some version of local fare called hog fish. We learned from one of the staff members that it was spearfished! It was the explanation he received when he wondered why his fresh fillets were dented. My little guy had it bread battered with homemade chips. I had it as a sandwich with collard greens on the side and the hubs had it seared also with collard greens on the side. Like Yucatan we also sat in the open air and the whole experience was delicious! If my little guy was less sleepy he might have really enjoyed it also. We did our best and helped him with his homemade chips. 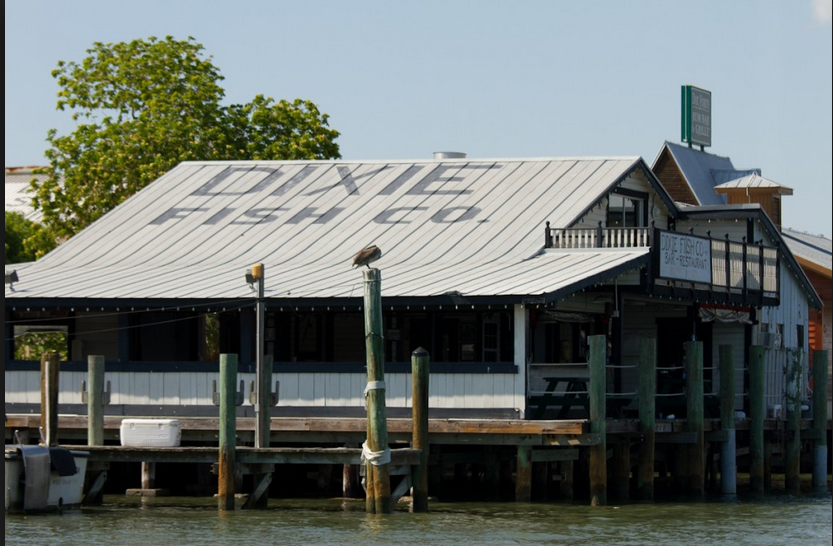 The other two establishments we enjoyed were the local ice cream joints. Both were located on the main drag and around the corner from each other. Kilwins sold specialty chocolates in addition to ice cream. They had nice tables right outside their door. The only downside to this was that they only had one size milkshake for $9 dollars. We had no idea of the size of this thing but determined it might be too much for one person. 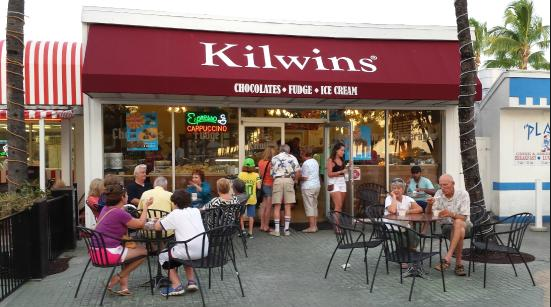 The other establishment, 2000 Flavors did not have specialty chocolates but did have a reasonable sized milkshake. I had my ice cream in a cake cone since I rationalize that there is less to throw out at the end. My son, who normally needs motivation to eat his meals, did not need any help his “green” ice cream from Kilwins and “white” ice cream from 2000 Flavors. 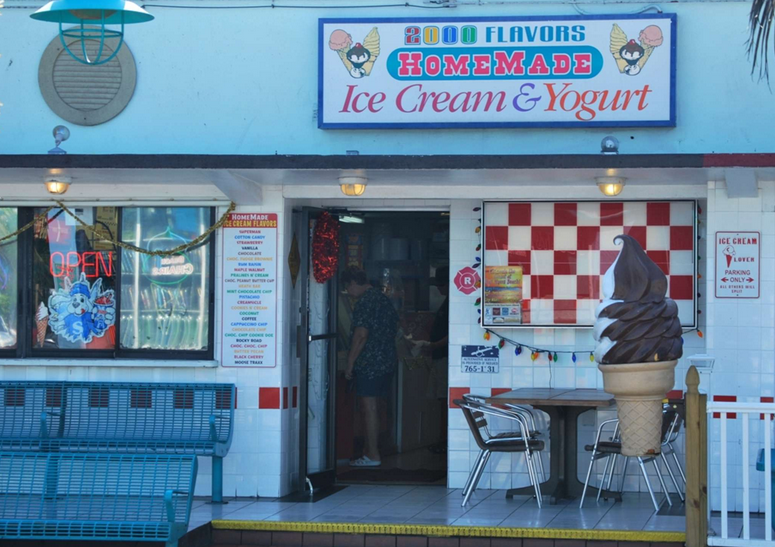