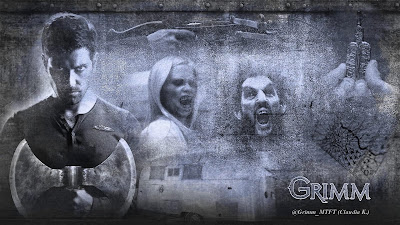 So rather than write about In Our Image like a good history blogger, I have been watching Grimm EVERY SINGLE NIGHT on Amazon Prime for the past two weeks. Season 5 premiers tomorrow night and I am trying to catch up. I am almost done with season one. I am completely hooked and I can't seem to do anything else. Well, that's not completely true, I am in the process of re-reading the parts of In Our Image that I am looking to write about. Yes, I read, re-read and cope by binge TV watching.

Tonight is that start of March Madness, so while the family watches Kentucky, I blog. Go Cats!

The premise of the show is about a homicide detective, Nick Burkhardt, who has the ability to see monsters in his midst. He finds out after some time that this ability is a gift that his family has passed on for many generations. His ability came into being with the passing of his aunt.  In their past, members of his family known as Grimm have hunted monsters. These hunters have chronicled meeting each "wesen" (Ves-sin) or creature through journals. There are drawings of such creatures, descriptions of their powers and how the Grimm have managed to defeat them. 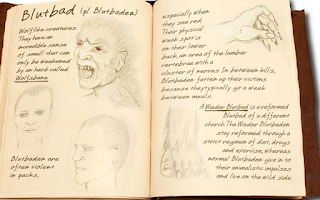 As he comes into his own as a Grimm, Nick continues to investigate and solve violent homicides in the city of Portland. He finds that both lives seem to intertwine  since the murders taking place in the city are somehow related to the presence of otherworldly creatures. He does defy the norm by discerning who among such creatures are friend or foe resulting in unlikely friendships. Thus far he has been able to keep his life as a Grimm and a homicide detective separate, although it always threatens bleed through despite his best efforts.

I learned that the show is shot on location in Portland. The massive trees seem like another character. It provides the perfect backdrop as one can imagine a getting swallowed by a grand forest. 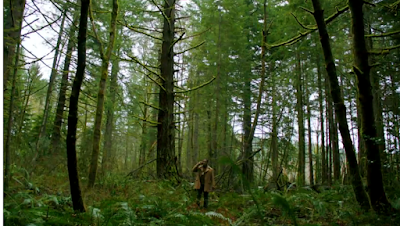 Thus far, each case is based on Grimm's fairy tales, which I am not too familiar with at this point, with a Tess Gerritsen twist. Tess Gerritsen is the author of the Rizzoli and Isles series, which is very unlike the show on TNT. The crimes written by Gerritsen are frankly horrific and each novel is addictive.

Re-reading this post, I see my pattern being attracted to stories of duality for obvious reasons.  I think there is some part of me that sort of agrees that in our lives, there are always darker powers at play and we all struggle through it.  Whatever those struggles might be, I am at the edge of my seat for season 5. See you then. 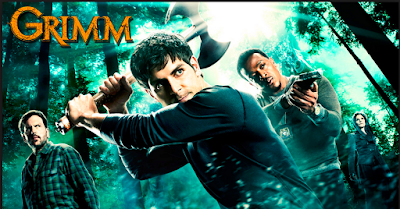